Thank you for contacting Safecall

Your message is important to us, we will be in touch shortly.

How does an industry leader take their speak-up policy from a regulatory tick box, to a key business focus in two years?

SSE Plc. is a Perth headquartered energy company operating across the UK and Ireland.  It is listed on the London Stock Exchange and is a constituent of the FTSE 100 Index.

SSE appointed Safecall to provide a Speak-Up service in 2016.  Stewart Hughes, Head of Group Security and Investigations explains how SSE has developed it’s whistleblowing or "speak-up" policy and procedures to become an industry leader in just two years, and how Safecall helped them to get there.

In 2016 SSE had a whistleblowing policy in place, which ticked the regulatory requirements box. However, for an organisation of 20,000 employees it was clear to the Board, stakeholders and Group Security that the number of reports they were receiving did not reflect benchmarking for their sector; in short people were not talking to us in any meaningful volume. We decided to undertake a complete review of the process in order to understand what 'good' looked like in this space.

It was immediately obvious to us that there was not a huge amount of information available to us in open source about this topic; people aren’t comfortable sharing their learnings and best practice. With limited information available we took on the task of looking internally at why people weren’t speaking up and what we could do to change that. The that things stood out were; If you want people to speak up they need to have easy access to information, trust in the system you provide and speaking up needs to be seen as a positive action. Most importantly, people need to feel protected when they come forward in good faith.

It was clear to us that providing our workforce with an independent, professional and secure channel supported by a positive awareness campaign would support these points by demonstrating our real desire to hear what people had to say. 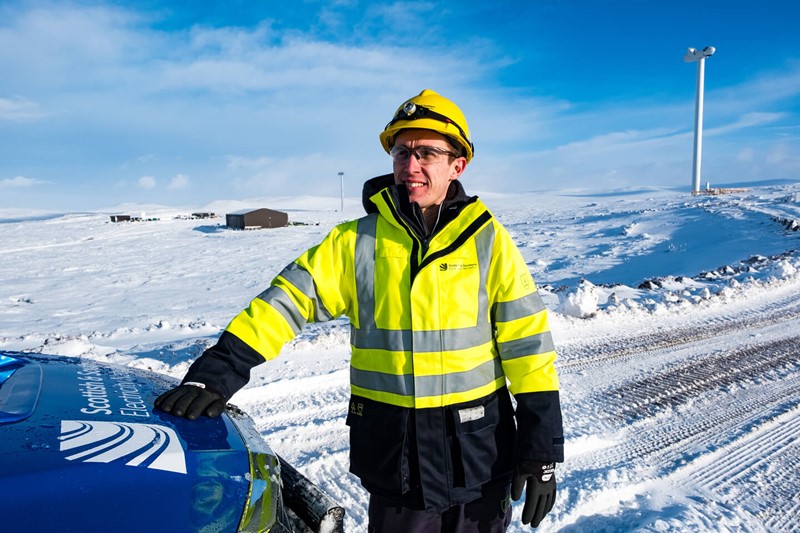 When looking for an external provider we undertook extensive due diligence. We needed to find an organisation that took data security as seriously as we do at SSE. One way in which we checked this was by trying to gain physical access to the reporting bureau where calls were taking place.  Safecall proved  incredibly secure and we didn’t stand a chance of being allowed into areas we really had no place in being without authority.

That was a huge positive for us, after all if you are asking employees to bravely report wrongdoing you want to be able to reassure them that the information will be handled in a confidential and secure manner at all times.

The second area where Safecall stood out was their willingness to handle different types of reports, all with the same level of professionalism and without judgement of the callers’ story. Some providers said that if the call was a grievance they would direct it straight to our HR team. Safecall differed in that they don’t dismiss a call because it doesn’t sound like the ‘right sort’ of call. They speak to people in a conversational and positive manner, putting them at ease and posing the questions they need to, to get the full story. At times that uncovers more than what was initially being reported.  That really inspires confidence in the service and shows that they understand that the people who are making the report  aren’t following a script; they say what seems important to them at the time, but there could be so much more going on. There is no doubt that the calibre of the call handlers and their backgrounds as former police officers is key to this.

What changes did we make?

Once we knew we had appointed the right external provider we began to promote the speak-up service with really positive messaging.  SSE’s culture is very safety conscious and all employees follow strict processes, with equipment and tools available to help them do so. The speak-up line is promoted as yet another tool that allows people to do their jobs safely and effectively.

We launched a marketing campaign that saw posters distributed throughout all of our sites. The most effective posters are definitely those placed on the back of toilet doors. It isn’t glamorous but it is a quiet, private place where people can note down the phone number or web portal address without being seen.

Safecall helped us by providing advice on this marketing campaign. Their top tip - it is essential that this campaign was Safecall branded rather than SSE. It was a diversion from our normal internal branding but it has definitely ensured that people notice the messages, know they have options and that we are taking this seriously.

SSE also revamped our internal reporting mechanism having identified that this is equally as important as our external facility.  Availability is definitely the key here, when a contact has worked up the courage to place a call, we have to be there – it might be our only shot at getting the information pertaining to the wrongdoing.

All contacts, regardless of origin or channel, are triaged within the Group Security team and disseminated for investigation to three primary areas – Group Security for criminal matters, Human Resources for HR related issues and the Group Safety team for any Safety Health and Environment cases.

Alongside the phone lines we have re-launched the Code of Conduct and reduced the numerous policy documents into one, in an easy to understand format that is accessible to everyone.

All signs point to the changes made in the last two years as being extremely effective. The number of reports we have received has increased and continues to do so, and these reports have helped us to stop wrong-doing in our business.

The feedback we have had from employees, the Board and external contacts who want to understand more about the process tell us that we are on the right track and are operating well. But we want to get to 'brilliant'.

For 75% of the calls that come in someone other than the caller had knowledge about the concern – so why didn’t they speak up? To us, 'brilliant' is when closer to 95% of people who know about potential wrong doing speak up and, even more than that, it means understanding where the potential challenges are and proactively addressing them before wrong-doing  happens or escalates.